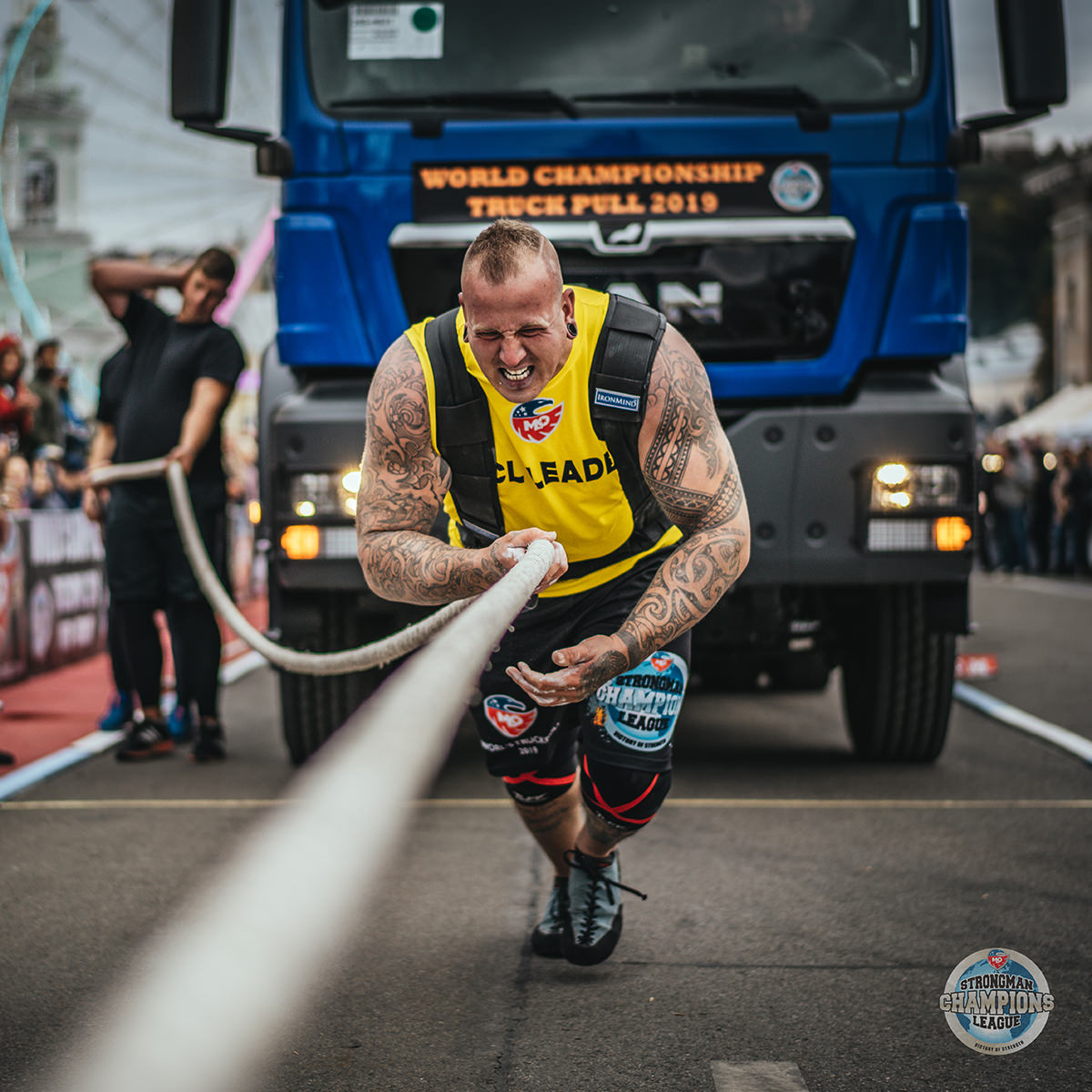 Kelvin De Ruiter from the Netherlands, became the SCL World Truckpull Champion for the second time last weekend in Kiev, Ukraine.
With two victories and one second placer in the three-event competition, he defeated all the other strongest truck pullers from all over the world. An exceptional achievement! After he defeated Brian Shaw, JF Caron and Terry Hollands in the previous edition of the World’s Truckpull Championships, he did it again in Kiev against another strong field.
Sean O’Hagan, 2.13 meter tall and 200 kg bodyweight from Ireland was second and Mika Torro, (2.08 meters tall and 190 kg bodyweight) from Finland was third.

The last truckpull was so heavy that only 3 athletes finished this. Kelvin, Sean and Nick Corgiat from the USA.

All the top 3 athletes are above 2 meters tall and weigh over 165 kg—truly one of the strongest  and biggest trios in the world of strongman, and Kelvin is the strongest truckpuller on earth at the moment. No doubts!