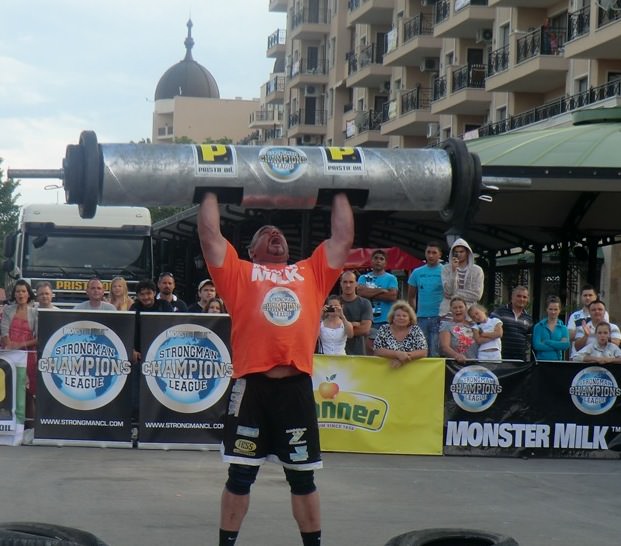 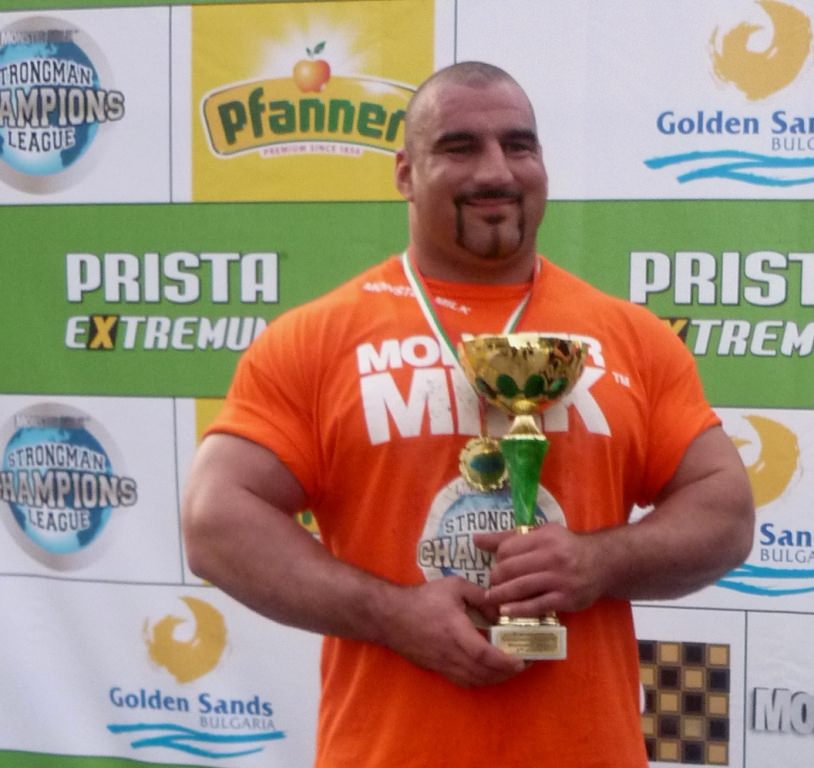 Fueled by Monster Milk, Strongman Champions League (SCL) continues to roll out contest after contest and last weekend it was Bulgaria’s turn to host the biggest strongman tour on the 2011 calendar.Last weekend, Bulgaria hosted the seventh SCL contest of the year, and Ervin Katona retained his overall lead in the biggest strongman series this year. IronMind® | Courtesy of SCL.

Ervin Katona strikes again in SCL Bulgaria!,” Marcel Mostert reported to IronMind as the Serbian strongman won his second SCL competition of the year and retains the overall leader’s T-shirt. Mostert said it was “a strong field with 13 competitors… it was again a heavy battle with a close finish, like in Holland last week.”
How close?

Ervin Katona edged out Vytautas Lalas by a mere half a point for the victory.“Vytautas was leading until the last event by a half point, but he lost the Atlas Stones to Ervin by just 0.49 seconds. He loaded 5 stones up to 180 kg in 18.42 seconds, but Ervin did it in 17.93 seconds, which gave him the win and 25 points in the overall ranking of the Monster Milk SCL series.“Also, the third place was very exciting, where Rob Frampton and Konstiantin Ilin ended both with 58 points, but Rob had a better placing in the events, which gave him a place on the top 3 podium,” said Mostert. “Laurence Shahlaei got a small injury during the truck pull in Bulgaria and had to pull out, but he still remains on second place in the ranking.”