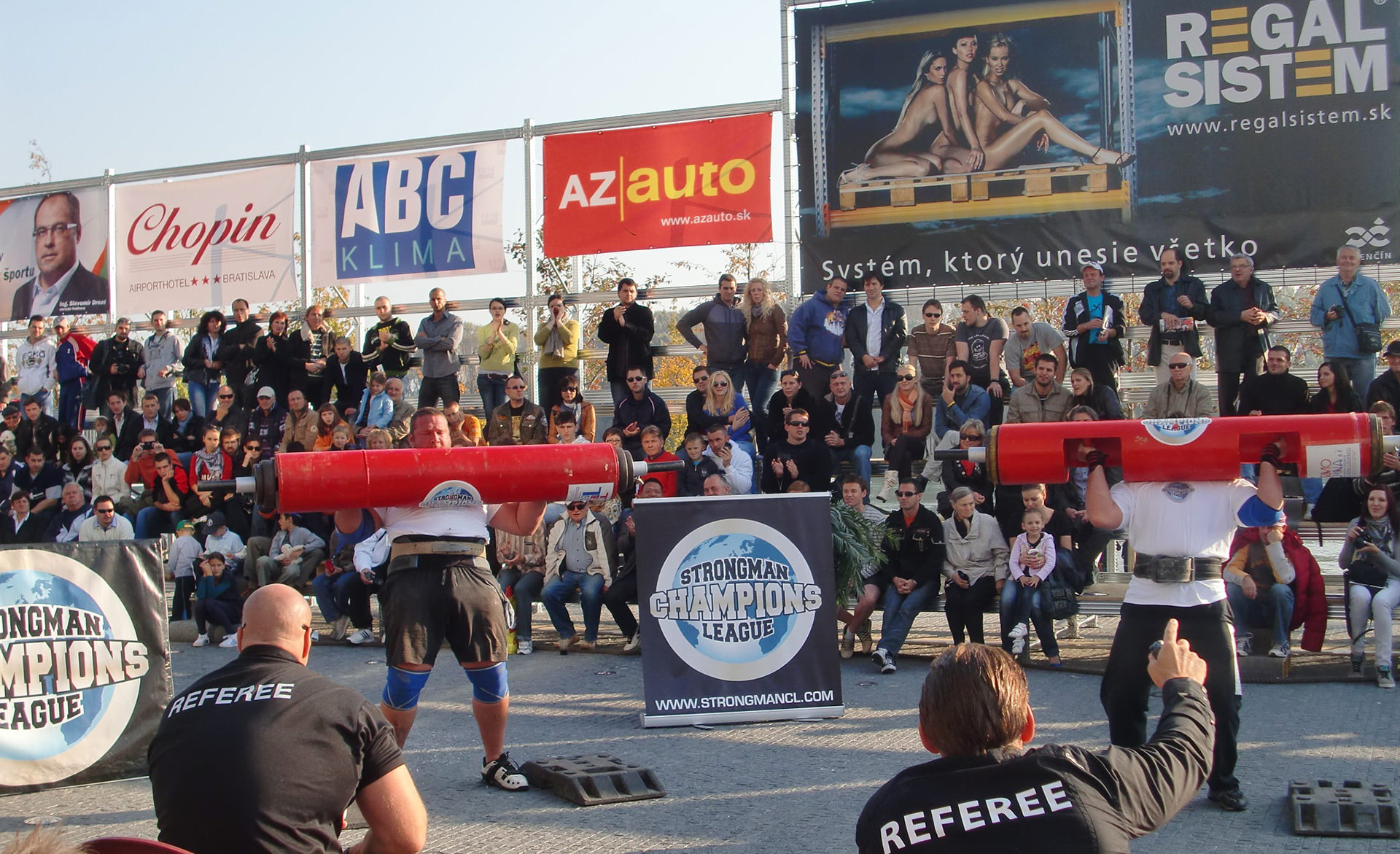 Last Sunday, The Strongman Champions League–Slovakia was the 3rd victory for Ervin Katona this year. His hands were healed from the past World’s Strongest Man contest and so he showed how strong he really was. With Louis Vigo, the famous soccer player from Portugal, promoting the UEFA cup on one side of the new boulevard in Bratislava, the other side was filled with strongman fans. It was really a nice day with 20 degrees (68 F) in October and a crowd cheering the whole afternoon for our strongmen. We had great help from the organization SASIM and the Bratislava government.
Terry Hollands, Ervin Katona, and Konstantin Ilin all they came to win the SCL Slovakia, and it was exciting. After five events, Ervin was just a half point behind Terry Hollands, the current leader of the SCL tour 2010. Ervin impressed on the last event, the Atlas Stones, by doing the last stone, the 190-kg killer, the fastest in the field. Terry Holland came third on these stones, and so lost his possible victory of the day to Ervin.
Brano Golier, the local hero from Slovakia, did his best performance ever in the SCL and came fourth overall. Martin Wildauer from Austria satisfied himself as well: After a big pec injury earlier this year, he made his comeback and finished in the top 6.

Here are the top 6 results:

This error message is only visible to WordPress admins