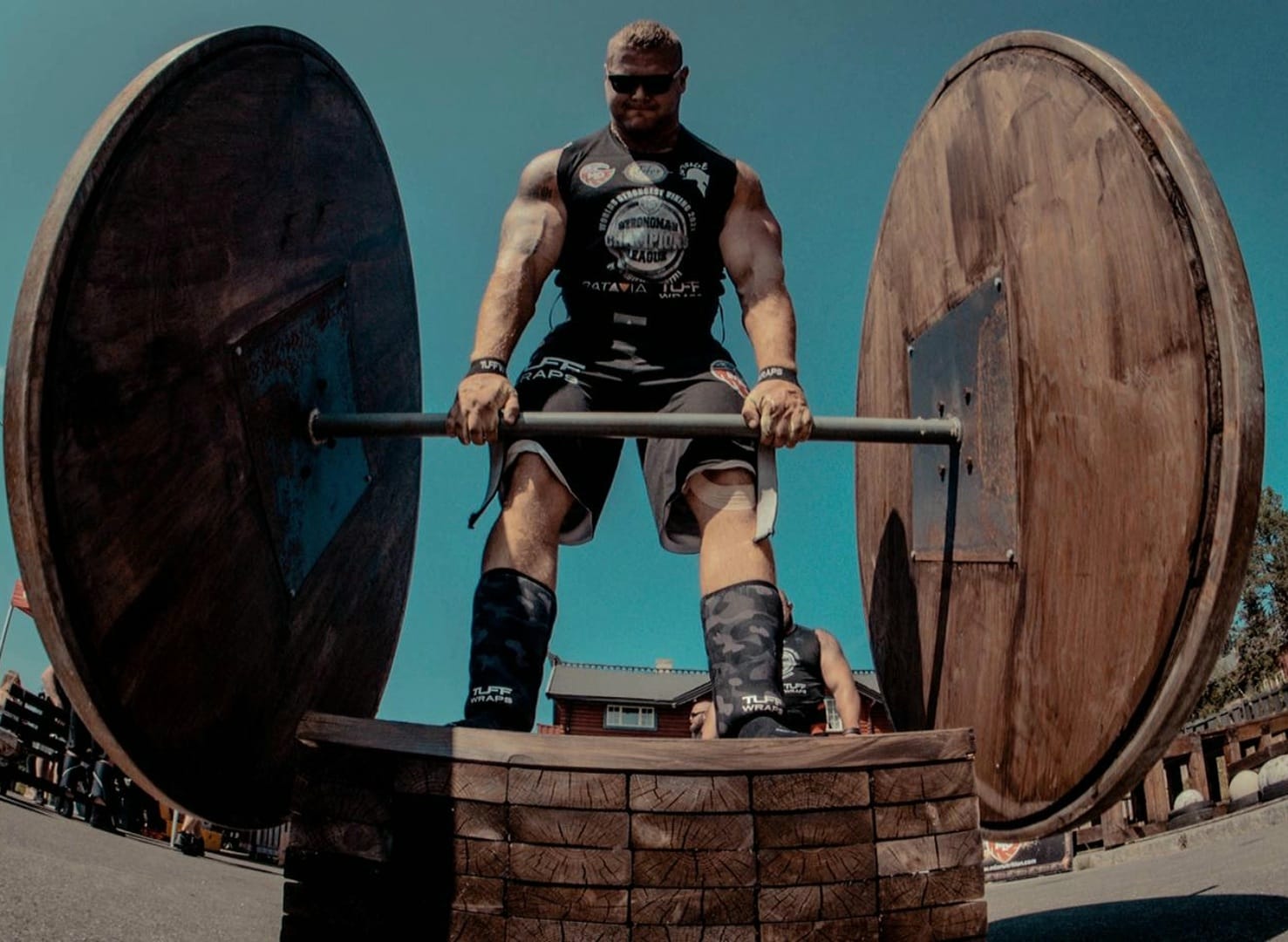 Last year, just in time for the first lockdown, Sean O´Hagan from Ireland conquered first place in SCL World Strongest Viking 2020. A year later, on the last weekend of January, there was nobody on the Fefor arena. Covid tried to grab the giant Viking Horn, but got no applause. 6 months later, vaccines and meticulous planning made it possible to gather 12 athletes on the famous arena yet again.

World Strongest Viking 2021 became a summer edition, and what an edition it turned out to be.

We all know that SCL Norway – World’s Strongest Viking normally is all about snow, wind and cold, cold weather. Our brave athletes are used to compete under conditions few other athletes have competed in, so we were all sure that this year’s competition would be a walk in the park. What we didn’t have in mind was that equipment act different under different conditions, and our athletes really got challenged during the five-event competition.
Due to Covid-19 only European athletes were competing this year, but still, the athlete’s list was impressive;

First event was Hercules Hold. The Irish Giant, Sean O’Hagan, held the SCL World Record with 1.06.22, and every single athlete was eager to beat that time. Very quick we learned that the sun made the tape melt, so holding the massive logs was very difficult. All athletes complained, but we agreed that it was the same for everyone, so they just did continue to do their job. Jesse Pynnönen won the event with 45,62 seconds.

Event two was Viking Press. It’s always hard to find the exact weight of this massive piece of wooden equipment, so this year we added more plates. Weight in hands was 150 kg, and athletes worked hard. The winner of the event was Dainis, with 15 reps, followed by the new Norwegian athlete, Haakon who tied with Johan Espenkrona with 12 reps.

Event three was the massive Viking Wheel deadlift, the same that was lifted in January 2020. The difference from last year was that this year the event was for max reps on 330 kg, so the bar was lowered to approximately 16”. All athletes had trained for over-the-knee lifts, so they were all unprepared for this version of deadlift. Luckily, most strongmen are used to changes in events, so when the athletes were informed about the changes they just lifted.

If you’ve seen videos from earlier competitions at Fefor, you’ve heard that Johan Espenkrona is the only athlete with his own song. Johan was struggling with the deadlift, he felt like he was going to pass out, but when the Vikings started to chant his song, he regained his strength and managed to push through two fine reps. Dainis pulled 10 reps, and won the event, with Ervin and Haakon tied for second with 7 reps each.

Fourth event was the massive Fefor Stone – a rectangular stone weighing 193 kg. The stone was carried on grass, and every 15 meter the athletes had to touch the line and walk back. The trick to do a good carry event is to breathe, and all of us who ever have done a carry event knows how hard it is to breathe when you carry a heavy implement in front of you – which we did see this day as well. Several of the athletes fainted or almost fainted when they dropped the stone, and every time the stone was dropped in the middle of the field you could hear a unison sigh from the crew who had to carry it back.

Last event was announced as a medley with 130 kg husafell, 140 kg sandbag and sled pull back – just like it will be at Official Strongman Games in November, but Marcel and Egil decided that was too easy, so they added a 160 kg sandbag as well. We all wondered if anyone would be able to finish this carry and drag event, so when the Norwegian underdog, Henrik Venemyr Hildeskor, won the event with all three implements carried and the sled
pulled 8,5 meters the audience were shouting louder than ever. Ervin placed second in this event, and Dainis third.

The final results were:

With Dainis Zageris crowned as the World’s Strongest Viking 2021 another awesome weekend at beautiful Fefor was over. The Viking fighters learned that it’s less painful to fall down hillsides during winter than it is in the summertime. The guys in the crew carried more weight than any of the athletes, and every single Viking enjoyed showing off their summer outfits. The audience enjoyed getting a tan while cheering on their favorite athlete, Marcel kept his promise that the rain wouldn’t start until he took off his sunglasses, and the afterparty on the patio was great.

We look forward to another round of SCL Norway – World’s Strongest Viking in January 2022.