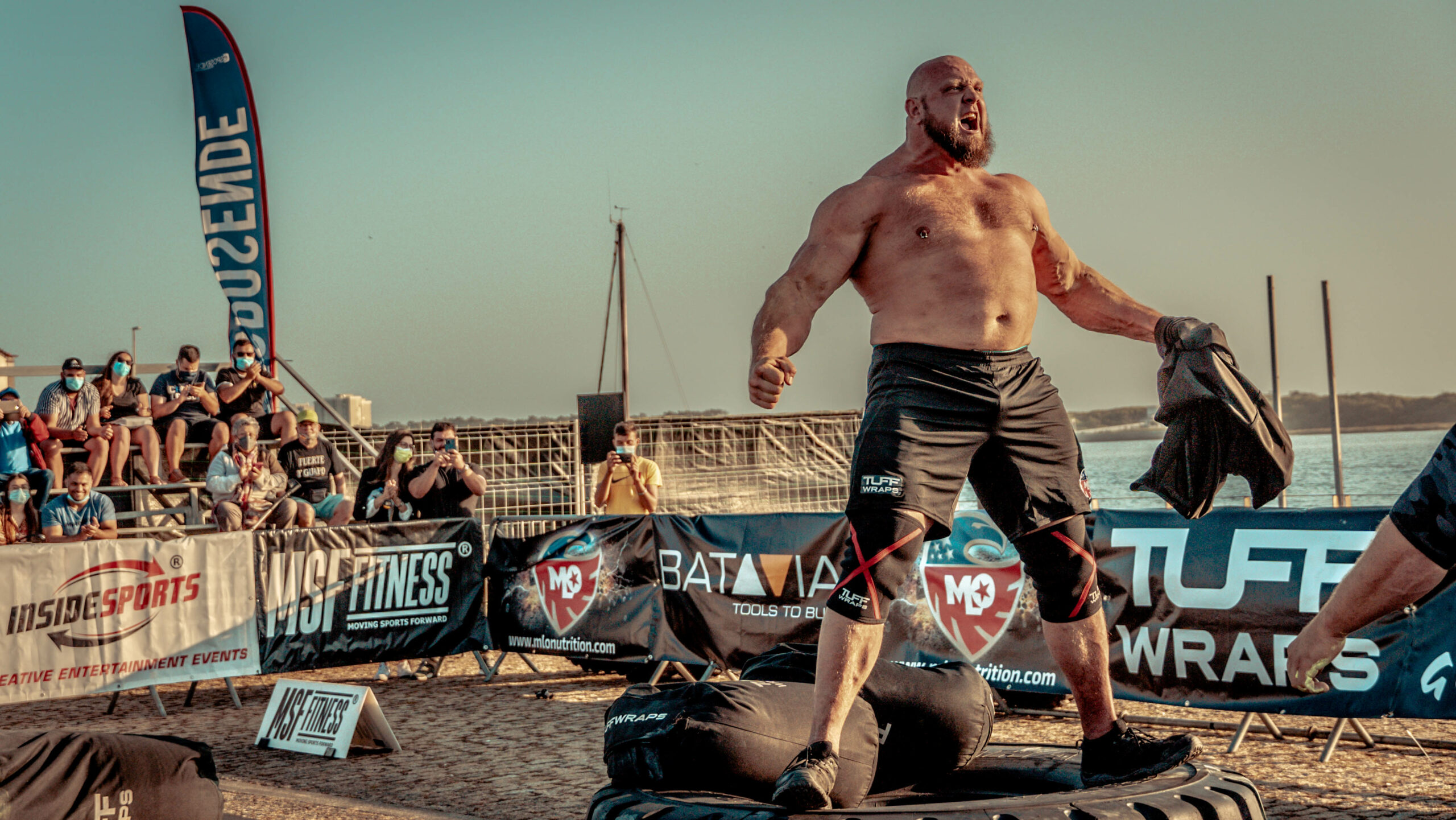 Another week, another fantastic show for all the lovers of MLO Strongman Champions League. In the arena of the magnificent Esposende in Portugal, Travis Ortmayer from the USA was crown as the champion among the strongest men in this stage of MLO SCL.

After a fierce battle with Ervin Toot from Estonia, Travis took the gold with an overall score of 48.5
points, which was just half a point more than his opponent’s final result. The bronze landed in the
hand of Kelvin de Ruiter from Holland, who also had to fight his way to the winner’s podium in a
spectacular clash with Roberto Rodriquez from Spain.

Also 1 WORLD RECORD was broken by Ervin Toots from Estonia.
He did 5 reps with the 96 Kg/ 210 Pounds Giant Dumbbell .A great performance and never done before.
Next, brace yourselves for MLO SCL Germany 2021 on the 28th of August!
FINALS STANDINGS of STAGE 8 – PORTUGAL